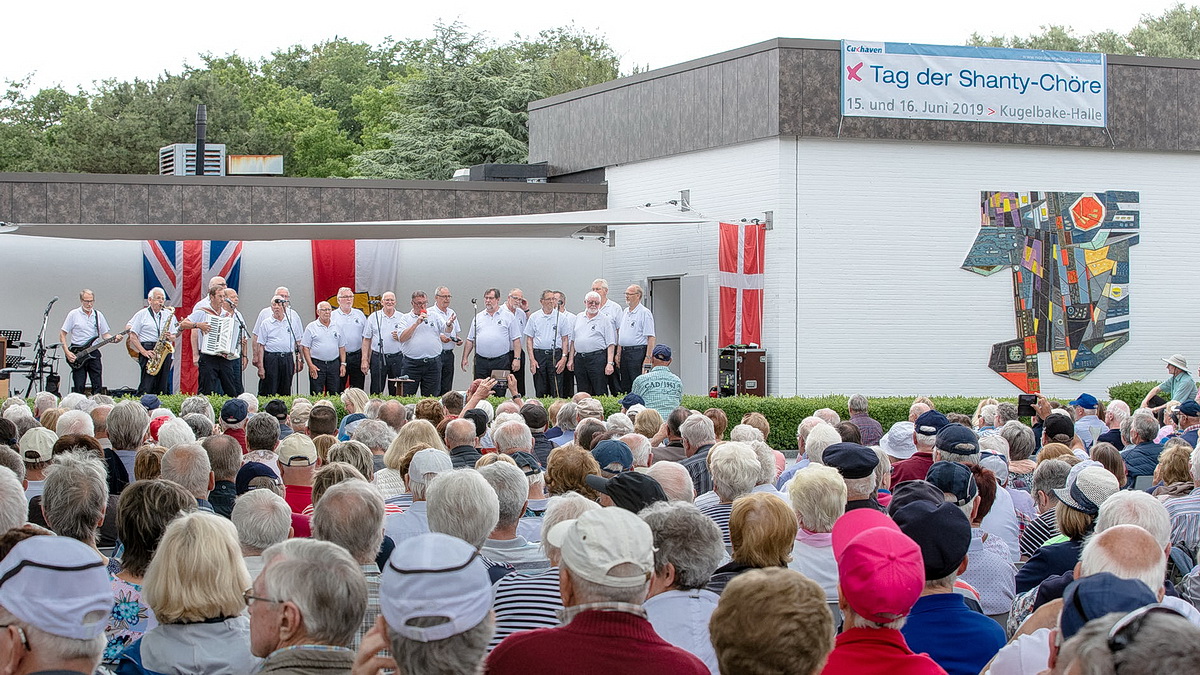 On June 15th and 16th, 2019 it was time again - the Tag der Shanty-Chöre took place for the 45th time and has lost nothing of its attractiveness. Internationally cast with 15 choirs from 4 European neighboring countries and all over Germany provided 2 days of exuberant atmosphere with classical shanties, sailor songs and international seasongs.

The smaller shanty groups already performed on Friday evening in the Shanty-Chor-Messe celebrating the event with a Shanty-Café dominated by the real work songs all performed a capella and unplugged. For 4 years now this event is the opener for the Tag der Shanty-Chöre.

Saturday started in the early afternoon with shows in many different locations under a cloudy sky with some rain. Later the Shanty-Choir Hiesfeld had not only the numerous listeners, but also the sun on its side during its performance at the Alte Liebe.

The highlight on Saturday was once again the Maritime Gala Evening, which started at 19:00 o'clock in the Kugelbake-Halle. Wolfgang Zinow moderated in a proven, entertaining way and the approximately 500 spectators, among them Klaus Erlewein, were getting their money's worth. The final event was the Kommersabend, this time played by the Shanty-Chor De Flinthörners.

Sunday started traditionally at 09:45 h in the Kurpark Döse with the maritime devotion, musically framed by the shanty choir Cuxhaven. All choirs performed one after the other every 30 minutes and enthused the audience. The weather played well, so that all appearances went as planned. The DRK provided for the physical well-being with pea stew. Bratwurst, fries, rolls and cakes rounded off the offer. 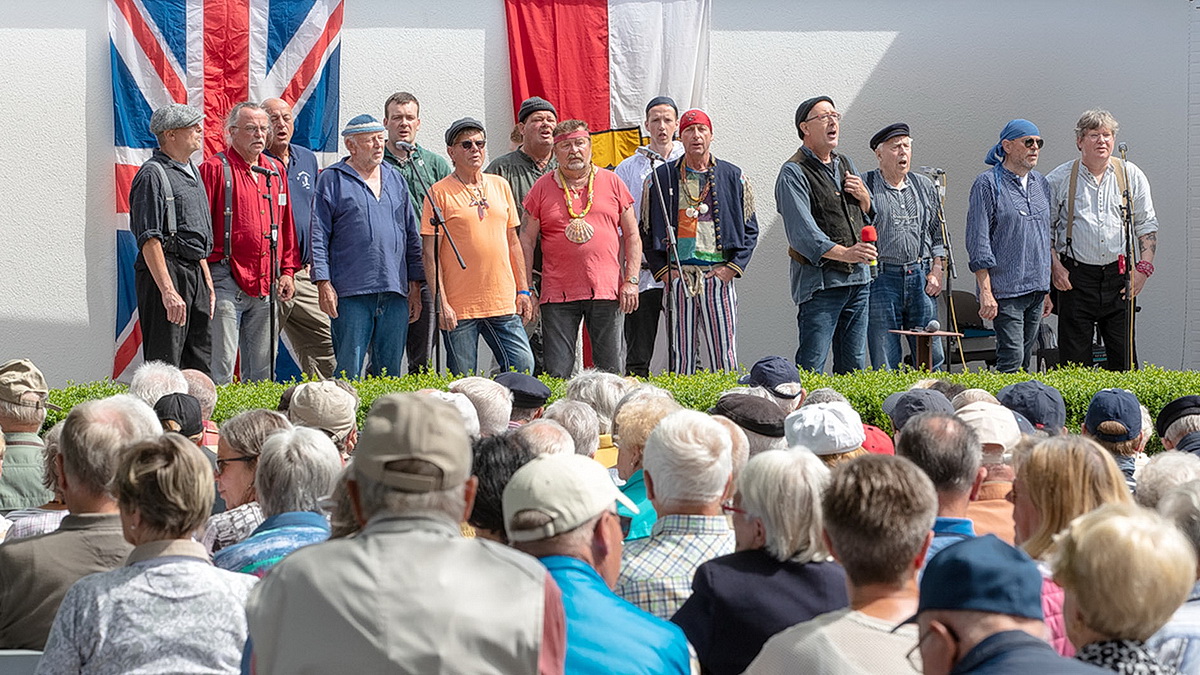 The final of all choirs performing "Rolling Home" unfortunately fell victim to the weather, but that didn't harm the event, which was again excellently organized by Marina Albers (Nordseeheilbad Cuxhaven GmbH) and many helpers.